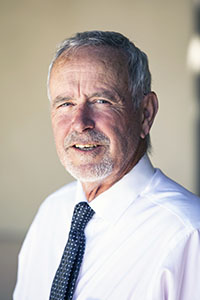 The Lincoln Drive Waterline Replacement Project constructed in 2009/2010 for the City of Ventura, involved construction observation for the installation of 9300 LF of 8” and 4700 LF of 10” PVC waterlines in a hillside neighborhood. To facilitate completion of the project, Mr. Craig also assisted the Engineering Department in revising the alignment in several locations where unanticipated obstructions were encountered.

The Downtown Water & Sewer Improvement Project constructed in 2007 for the City of Ventura, involved construction observation and coordination of the archaeological and Native American monitors as well as the geotechnical testing agency during the construction of ±4,700 LF of water mains and new HDPE service laterals and construction of ± 2500 LF of 8”/12” sewer mains, 17 sewer manholes and the tie-in of 63 existing service laterals in the downtown business district. The bulk of the work was done at night and construction of both elements of the project were staggered to avoid the potential for contamination. Several “bypass” plans were implemented to avoid impacting local businesses and the bulk of the work was done at night.

Mr. Craig also performed construction observation on a prior phase of water infrastructure improvements for the Garden in 2007, which involved the installation 2,600 LF of 8” water main and six fire hydrants.

The Calle Real Waterline Improvement Project which involved construction observation services for the Goleta Water District during the relocation of an existing 8” water main installed in a 16” HDPE casing, which cross under new drainage structure being built in the San Jose Creek, in Goleta.

The Central Zone Infrastructure Improvement Project for the Carpinteria Valley Water District, constructed in two phases between 2010 and 2011 involved the installation of 12000 LF of 12” PVC water mains installed by Hydraulic Directional Drilling (HDD) under Franklin Creek and open cut methods. The project also involved a jack and bore crossing under Highway 101.