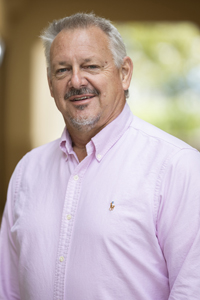 While with the City of Santa Barbara, Mr. Gaasch helped coordinate and inspect Public Works projects in coordination with private development and other Agencies such as Caltrans and the County of Santa Barbara.Mr. Gaasch is a new member of the F&A team. He has been a Construction/Project Manager of Municipal Projects for over 30 years. While with the City of Santa Barbara, he managed 76 Capital Improvement Projects including Bridge Replacement, Water and Wastewater systems, Slurry Seal and Road reconstruction, Building renovation, and Waterfront structures. Involvement with these projects included design, permitting, construction, and inspection.

Mr. Gaasch has managed construction of many aspects of the complex Santa Barbara water distribution system. Projects have included miles of water main replacement constructed of PVC, Ductile Iron, and HDPE, the rehabilitation of two booster pump stations, and completing a new ground water well. Details of the project include integrating the functionality of the system into the surrounding environment and infrastructure. Maintenance of the many reservoirs included rehabilitation of a reservoir that has been in operation for more than 100 years.

Mr. Gaasch has managed nine separate yearlong water main replacement projects that have placed over 40,000 feet of new main and the associated valves and appurtenances. These projects have included different types of materials based on location and depth of cover. Construction of the main often is complicated not by the main itself but the conflicts with existing unknown utilities and underground structures.

Santa Barbara has many pressure zones and pump stations that supply water to the nearly 1500 foot change in elevation around the City. The Campanil Pump Station Improvements project of 2005 replaced the pumps and control systems for a pressurized tank that supplies the area.

In 2002 the Cater Crosstie and South Coast Booster Pumps Replacement Project adjacent to Cater Water Treatment Plant, involved the pump replacement as well as the VFD’s, supporting SCADA equipment, and a new emergency generator. Management of this work included on site inspection and in field alterations to design.

Construction of Public Improvements has included street improvement and maintenance projects that range from countless slurry and overlay repairs to new construction of traffic calming roundabouts and multiple bridge replacements.

Mr. Gaasch has been involved in a variety of construction projects as a Project Manager for many Public Works projects, the more recent of which include but are not limited to: