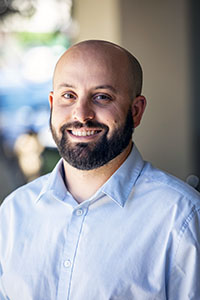 After graduation from Cal Poly, San Luis Obispo, Mr. Zemke began his engineering career with Penfield & Smith and Stantec, and now Flowers & Associates, Inc. in Santa Barbara. He was born and raised in southern Santa Barbara County and is excited to help contribute in his profession to the communities where he grew up.

With his experience, he has acquired valuable skills and knowledge in the design of commercial, residential, public development and improvement projects in Santa Barbara, Ventura, and Los Angeles counties. He maintains effective communication and coordination between clients, sub-consultants, project teams, and public agencies to ensure successful projects.

As an engineer, Mr. Zemke performs a variety of civil engineering and project management services. His duties include the technical design and drafting of

Residential Development projects include the Villages at Los Carneros, Goleta, California, consisting of 465 residential units consisting of single family, three-plex and four-plex condominiums, low income housing, market rate apartments, a public park and recreational center on 43 acres. Another project is Peoples’ Self-Help Housing at the Villages at Los Carneros in Goleta, California, a residential development project consisting of 4 buildings with 70 units of price restricted rental apartments on 2.86 acres of land.